It’s International Women’s Day, so we thought it was the perfect time to spotlight one of our favorite women, who champions PLAY in all its forms. She loves wordplay, hosts trivia, and, true story, even threw a field day as her bachelorette party. She’s a fierce advocate for women and girls in sports and a fierce competitor, too. So, we’ve got just 3 questions for our very own Kelaine Conochan, the National Marketing Director for ZogSports and ZogCulture.

Question 1: As a woman in the sports industry, how has PLAY helped you in your career?

A: Pleh. I have this weird reaction to being called a “woman in ______.” It just feels like such a strange burden to carry that label. But, here’s the real talk. Women are vastly underrepresented in C-suites and management teams here in the U.S. They’re also vastly underrepresented in the sports industry. So, until it’s not weird to wear this “woman in sports” hat, you’re going to keep staring at it. I might as well own it.

Play hasn’t just helped my career. It has become my career. Before joining the ZogLife familia, I worked for 10 years in client services, spending plenty of my weeknights and weekends playing in soccer, softball, or basketball leagues because sports have ALWAYS been a major source of stress relief for me. They’re the best way to be in the moment with my friends and coworkers on a team and a much-needed way to unplug, decompress, and run around a bit. Playing sports also helped me build and improve relationships with my coworkers (shout out to APCO Worldwide’s 2010 bball championship!), and create deeper friendships with my teammates. 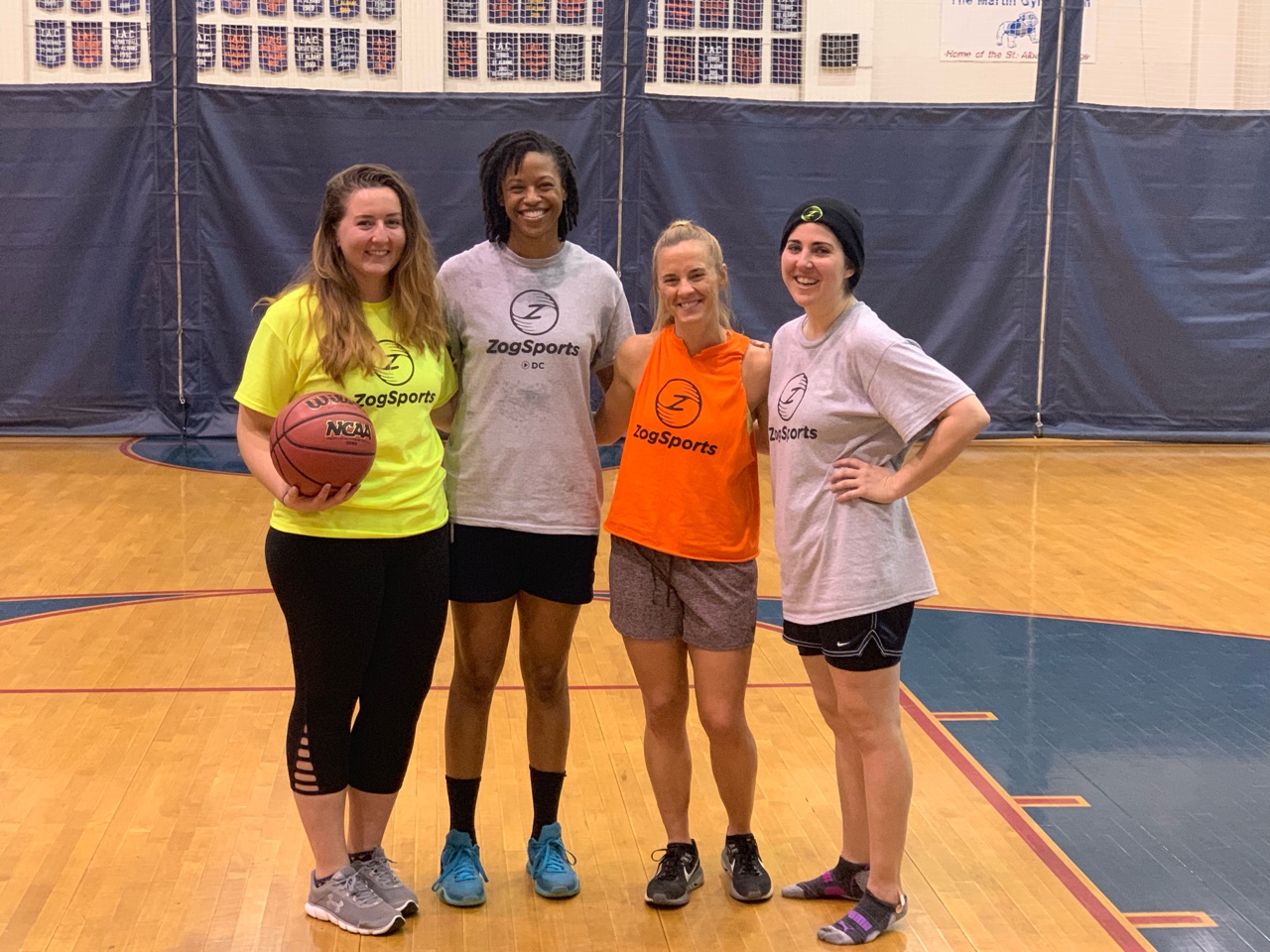 And if we’re talking about professional advancement, the truth is that those are ALL people who are willing to go to bat for me. They’re all happy to make networking introductions or to serve as job references. And, back in the day, I played on a volleyball team with Kendra Hansen—the General Manager of ZogSports DC—which is the reason I wanted to work at Zog in the first place. So, play on, player!

Question 2: How has PLAY helped you relate to your coworkers better?

A: You know what’s not fun? Water cooler chit-chat about the status of your latest work project. “How’s that assignment going?” “How did the meeting go?” “How was the conference call with [current client]?”

Conversations like those are not personal. They’re not interesting. They are, in a very literal way, laborious. My job is not the only thing about me. So, pardon me if I don’t really want to talk about my workload while waiting for my tea to steep.

But you know what I do want to talk about? The game last night. The last second buzzer-beater. The incredible pass. The unfair penalty leveled against my team.

When it came to building friendships in the office, finding a shared passion for college basketball, for example, was the perfect way to connect with people (including, not to generalize too much, lots of the men in the office). It was the thing we got animated about. It helped us get beyond that awkward “How ‘bout this weather?” small-talk. It was the reason we became real friends. It helped them see me as a full person, not just “that young lady on the research team.”

So, I’m not saying that every person should go out and play or watch sports just so that you can connect with some potentially-dated construct of what men are interested in, or visa versa. That’s not it at all. But what it means is that it’s easier to break down a male-female or an individual-to-individual divide when you can find that ONE THING other than work that you have in common with someone. In my case, it was playing and watching sports. What’s yours?

Question 3: Why is PLAY so important to you?

A: To a lot of people, it probably sounds ridiculous to put such a high value on playing because as a culture, we’ve been so conditioned to value “hard work” and “being busy” and “productivity.” How quickly we’ve forgotten that play isn’t just some frivolous way to waste time: It’s a way to connect, be creative, and to actually be more productive.

And creativity is probably one of my strongest assets. But if you really think about it, creativity is just playing, for adults. It’s asking yourself “what if?” over and over again, building entire campaigns, products, businesses, and empires from one seed idea. It’s the same muscle you flexed back when you invited your friends over to play school or pretend you were detectives. So, play is important because not’s not just something we do to pass the off-hours. PLAY is a way to do work better.

Got a question for Kelaine? Want to nominate your favorite woman in PLAY? Let us know in the comments below.