After Netflix and Hulu dropped dueling documentaries, the world is on Fyre. At every office, coffee shop, and happy hour, people can’t stop talking about Fyre Festival. And for good reason—what a complete and unmitigated disaster.

Marketed and sold as a luxury music festival on the Bahamian island of Great Exuma, Fyre Fest attracted twenty- and thirty-somethings far and wide, all looking for the Instagrammable experience of their dreams to fill their feeds. It was supposed to have it all: the hottest musical acts accompanied by the hottest people, all set in the hottest location. 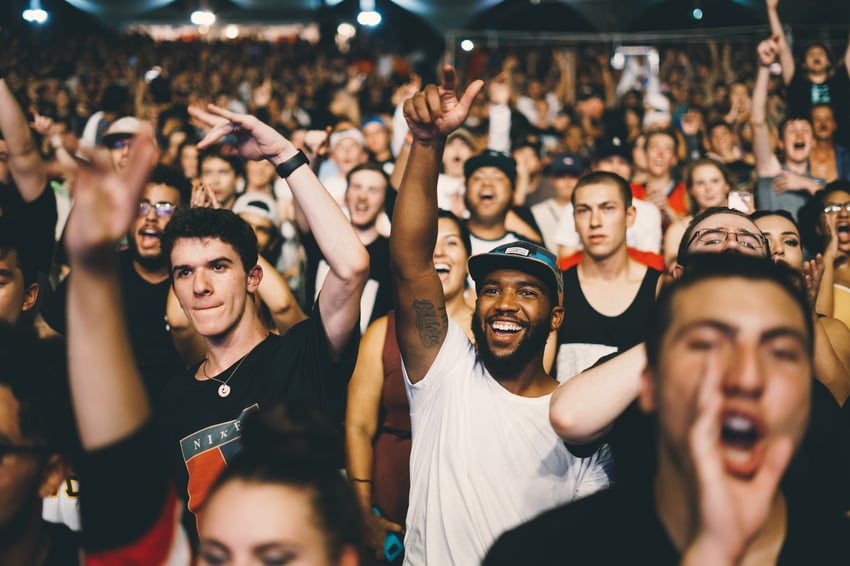 But what Fyre Festival turned out to be was a flop, a fraud, and a failure.

And honestly, as professionals in the corporate culture and company events space, we are steaming mad about this. We can’t get over it. It haunts us as an absolutely egregious and irresponsible example of everything an event is not supposed to be. We won’t feel better until we lay out the ways in which it failed, in hopes that some entrepreneurial soul from the future will find this and use it to navigate through the potential pitfalls of an event gone awry.

How did it even happen?

There are a lot of reasons. Too many reasons, really. So let’s just run down the top 3.

Fyre Festival was supposed to be sexy. And, look, I get it—a thoughtful, methodical process is not sexy. But guess what? Process gets the job done.

When it comes to any event, let alone an event of this scale, you can’t just wing it. You need a plan. Actually, make that multiple plans! Specifically,you need to ask and answer key questions:

Once you’ve got your answers, you’ll need a roadmap and point person for each directive. Without a process, it’s easy to get in over your head and miss key warning signs that things are out of control. And well, when it all hits the fan, don’t say we didn’t warn you.

>Want us to plan your company's holiday party? Click here to learn more!

2. Losing control of the hype.

This is a big one. Fyre Festival recklessly preyed on a culture where perceptions are more important than reality. The founders dreamed up a vision that they simply could not deliver on. But that didn’t stop them from marketing it as the most magical experience their target audience could imagine.

Sure, marketing is important. Every event needs some critical mass to ensure it can even get off the ground. So, you get Kendall Jenner to give you a shout out. You shoot an HD promotional video showing the most glamorous, beautiful depiction of what the event could be. You feed the hype beast.

But what happens when the hype beast gets too big? You’ve lost control. It’s out of your hands now. And losing control is the last thing you ever want to happen to your event.

Fyre Festival was the vision of Billy McFarland and Ja Rule. It was backed by prominent investors like Carola Jain. The team at Jerry Media fed the marketing hype beast.

But who’s responsible for this failure? Everyone? No one?

With such a failure, it’s not a surprise that no one wants to claim responsibility. But that feels like a chicken-or-egg scenario. Because honestly,if there had been someone accountable during the event, it’s likely that person would have called the whole thing off before it turned into such a maelstrom. If anyone was truly in charge, they’d have seen and heeded the warning signs. They’d have pulled the plug. You would hope, at least.

In the end, everyone lost. The vendors who got stiffed on invoices. The customers stranded at the airport or on the beach. The musical acts and influencers who faced backlash from their fans. The investors. The good people of the Bahamas.

So, word to the wise. If you don’t want your event to go down in flames, make sure to avoid these big-time fail points.

Subscribe to the Zog Blog now and never miss another post about all things related to PLAY at work, company culture, event planning, and much more!